Strange problem with cron job -- backup.sh. I shot myself in the foot![1]

To do Any Day Now

How to link to Mediawiki pages: {{Mediawiki|Help:Contents}}

Broken link checker. With the reorganization of tighar.org, many links have been broken. Not sure we can use it ...[2]

A Python script. Takes a week to get results.  :o(

Please forgive me for using this as a practice page. Feel free to comment below.

All I did here was to copy and paste the table from the Forum post into the wiki.

This shows that it will tolerate that kind of insertion.

The table lacks interior lines because the .css definitions for the wiki are different from those for the Forum, but I'm sure that that could be relatively easily tweaked.

Almost all Earhart Project links need "Archives" inserted after "Earhart" and before whatever the link points to. Exceptions:

(although I think that the Solomons page is dead, the substance having been moved into the Expeditions folder)

All links to TIGHAR Tracks need "Publications" inserted after "tighar.org" and before TTracks.

All links to Finding Amelia need to be configured: ".org/Publications/Books/findingamelia.htm"

All links to the old forum files need to be checked for case problems. The folder is "Forum" and many of the links use "forum."

Conflicting Interpretations of the Data

The existence of this "corner" is what provides shelter from the northwest wind; this, in turn, helps to explain the interpretation given here of "the lee side of the island." 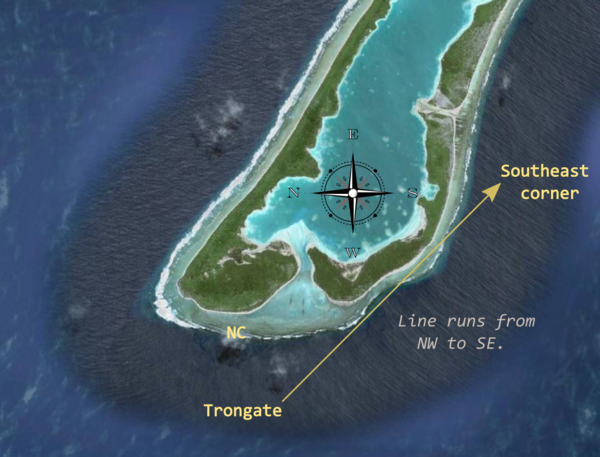 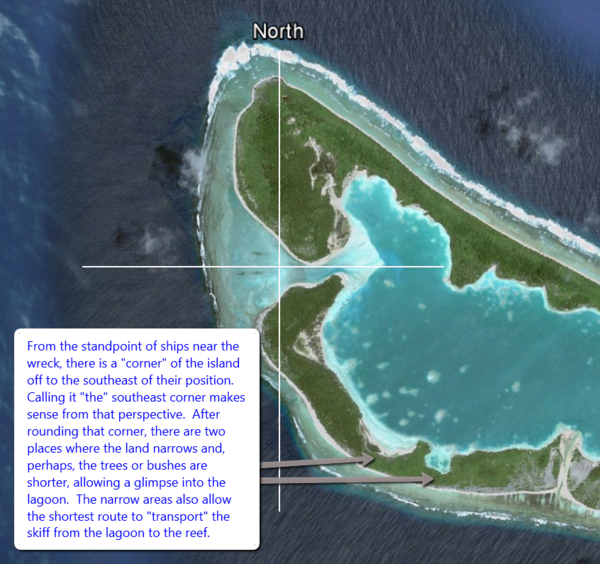 The "lee side of the island" is taken to mean "all the shoreline that is sheltered from a northwest wind by the shape of the island." 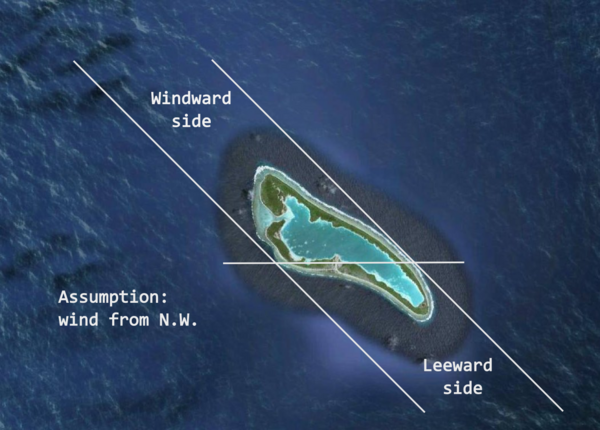 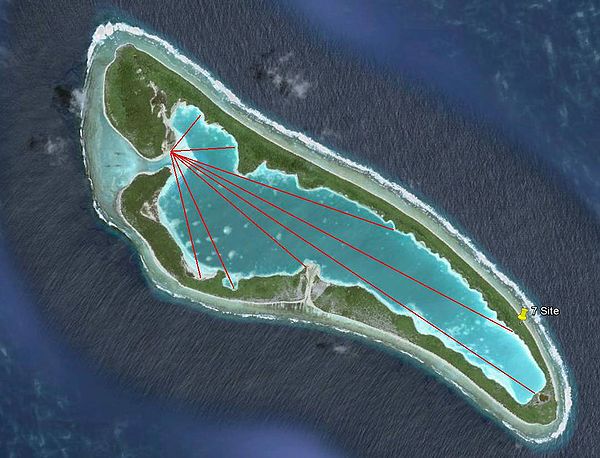 The supposed sequence of camps then looks something like this: 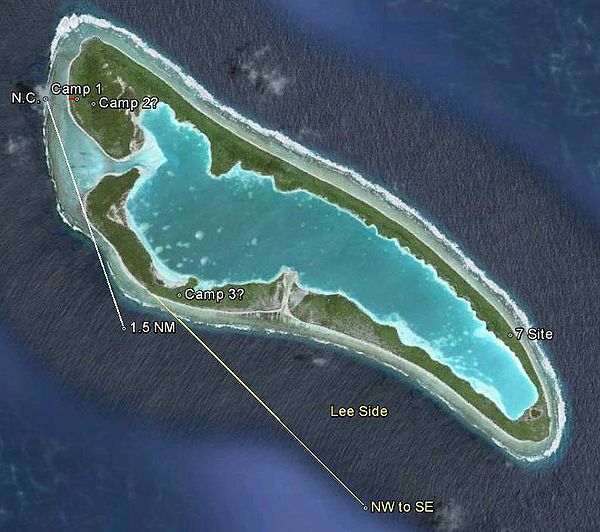 The "southeast corner of the island" would mean Ameriki, as is easily recognized with modern maps. 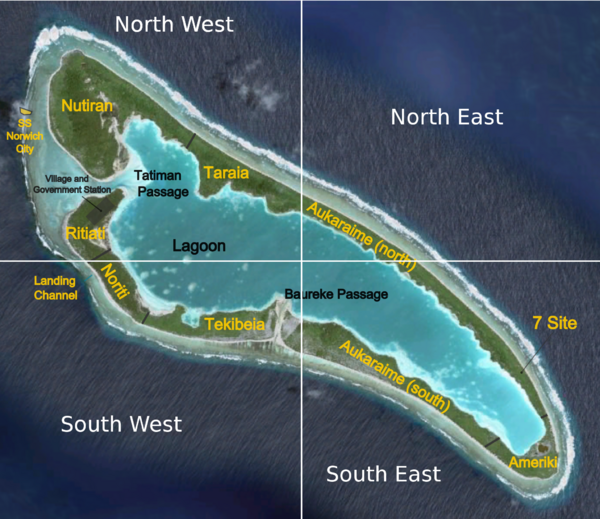 The "lee side of the island" is taken to mean "the shoreline that near the Seven Site."

"Across the lagoon" means from Noriti to the Seven Site.

Camp 3 is at the Seven Site.

This theory was proposed as a compromise. It shares the definitions of the theory that Camp 3 was at the Seven Site, but then suggests that, having transported the skiff across land to the reef and failing to reach the rescue ships, the skiff was then transported back across land, the crew was rowed across the lagoon again to Tekibeia, which was the location of Camp 3 and the successful reef crossings.