From TIGHAR
(Redirected from The Landing)
Jump to: navigation, search 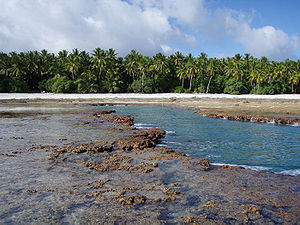 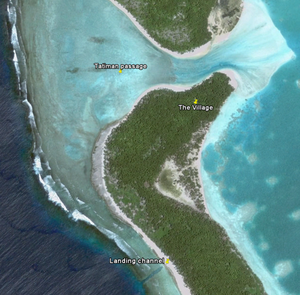 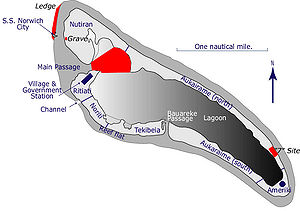 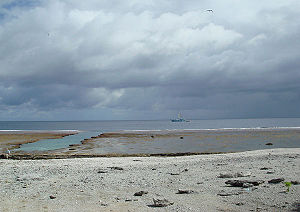 Nai'a offshore. Notice the person seated with his legs in the boat channel.

As far as TIGHAR knows, the landing channel blasted out of the reef by the British around the time that the colony was abandoned in 1963 is in the same location as a natural channel that had been traditionally used to approach Nikumaroro from offshore. It is the narrowest part of the reef and it only makes sense that those who were broadening and deepening the channel would follow the shortest and most natural route to the shoreline.

Another natural feature of the reef is a so-called "boat channel" that runs south out of Tatiman Passage along the village on the ocean shore line. There is a similar channel running north out of the passage along the Nutiran. These natural channels allow small boats to navigate from the landing channel to the village when the tide is high enough.

Until 1990, when it was destroyed by a westerly storm, the landing was also marked by a monument some five meters high, built of coral stone and reinforced concrete. "In the village, the shoreline had suffered considerably from at least one major westerly storm during the two years since we had last seen it [1989-1991]. Astonishingly, the huge, solid coral and concrete landing monument had completely disappeared, but for its stone base, largely covered by sand" (Niku II field report, 1991). In colonial records, this structure is referred to as the landing beacon (see “Nikumaroro” by P. B. Laxton, for example). 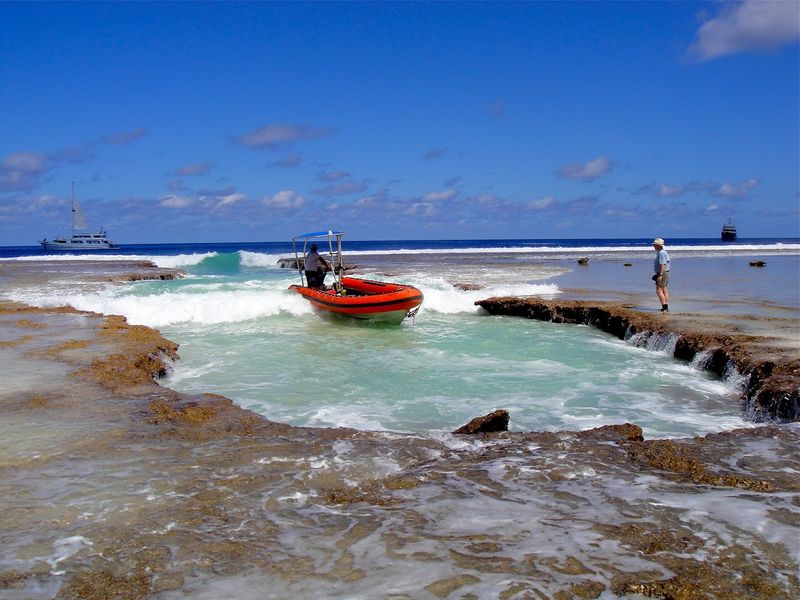