Landing on the Reef?

From TIGHAR
(Redirected from Reef landing)
Jump to: navigation, search

The Question of Where

A preponderance of evidence suggests that the Earhart/Noonan flight ended with a survivable, wheels-down landing at Gardner Island, now Nikumaroro. All of the available anecdotal evidence and the one known example of possible photographic evidence support the hypothesis that the landing occurred on the fringing reef north of the shipwreck at the western end of the atoll.

For the hypothesis to be valid, there must be a place on the reef north of Norwich City smooth enough, wide enough, and long enough for a Lockheed Electra to land and remain intact enough to run the starboard engine to recharge the batteries to make the post-loss radio calls.

To determine whether there is a place that meets those requirements it is necessary to quantify the constraints.

How smooth is smooth enough?

NR16020 was equipped with low-pressure, 35 inch, Goodyear Airwheels. These tires were designed for operations from unimproved airfields.

The aircraft should be able to land safely on a hard surface with perturbations not exceeding four inches in height or depth. This photo shows a smaller-diameter Goodyear Airwheel on Lockheed 10A c/n 1052 at the New England Air Museum with a 4-inch obstruction. 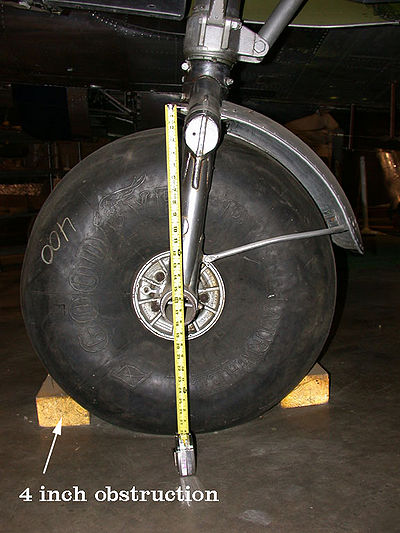 How wide is wide enough?

The Electra’s main landing gear track is 14 feet wide. Realistically, an inviting looking landing path would need to be at least 50 wide. This illustration shows NR16020 on a fifty foot wide path. 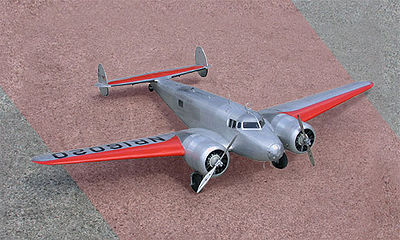 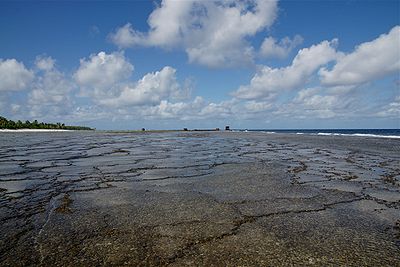 How long is long enough?

Newsreel footage taken in early 1937 shows NR16020 making a full-flap approach to a full-stall, three-point landing on the paved runway at Burbank. The approach is quite steep and the roll-out surprisingly short. It appears that the plane could have come to a full stop in about 500 feet. An inviting-looking landing area would probably need to be at least a thousand feet long.

An area meeting these criteria has been identified in satellite imagery, aerial photos and has been confirmed by on-the-ground inspection and survey. There is a strip of reef surface near the reef edge north of the Norwich City more than a thousand feet long by at least 60, and often more than 75, feet wide. This is a satellite image of the subject area with the strip shaded in red and the Electra shown to approximate scale. The Electra is shown at roughly the halfway point in the strip – a logical stopping place whether the landing was made to the north or the to the south. A large, shallow depression in the reef surface just shoreward of the strip, marked “Landmark” in the illustration, is useful in identifying the subject area in other photos. 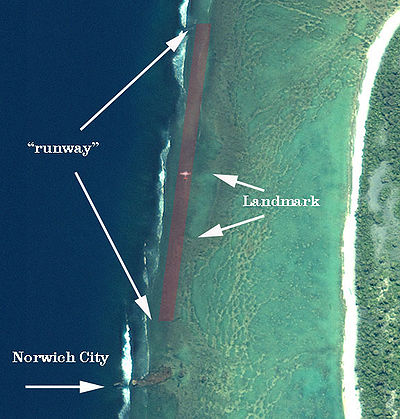 This shows the aircraft to approximate scale in a KAP panorama of the area near the landmark.

Prevailing flow on the reef

As shown in this satellite image, the flow of water across the reef surface is predominantly southwesterly. 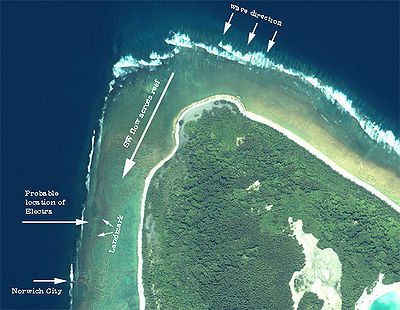 This illustration shows the landing area, aircraft, and landmark overlaid on an aerial photo taken December 1, 1938. Note the dark area off the edge of the reef southwest of the aircraft. The dark area in the 1938 photo may be aircraft wreckage. 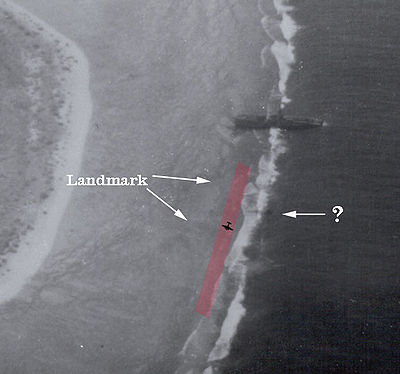 Landing on a Reef: A Case Study